Author: Steve Wood Copyright: Steve Wood Description: Givenchy English designer Clare Waight Keller moved to New York in 1993 for a job at Calvin Klein. It was the American designer’s glory days: Kate Moss and co. were on the runways wearing slip dresses and streamlined black tailoring; studio assistants wore Birkenstocks. “When I arrived in New York, I was very much a tomboy, and there was this raw, boyish energy,” Waight Keller said backstage today. Givenchy being a French house, she’s set up her new Spring collection as a conversation between the minimalist New York she remembers circa ’93—down to the plain white box background of the runway—and the much more exuberant Paris she visited at the time, which was still recovering from the couture excesses of the ’80s. Waight Keller’s previous collections here have similarly been a dialogue between tailoring and flou. Last season she gave her suits a 1940s gloss. For Spring, the cut of her jackets is slim and elongated, and they’ve been paired with Bermuda-length shorts. It’s somewhat difficult to pinpoint what makes a Givenchy suit a Givenchy suit under Waight Keller, beyond a sense of discipline and rigor. She’s had more success building a vocabulary around her dresses. She likes a lively floral print, silk plissé, and a voluminous silhouette. She’s also made black-and-white combos something of a design signature. This season her floral dresses have a covered-up sensibility that reads much more 2020 than early ’90s—necklines inched up to the chin and skirts tented to the floor. Though it wasn’t all as modest as that sounds. Kaia Gerber wore a blush pink satin bra and a black leather pencil skirt that Calvin Klein might have liked the look of. Paris Fashion Week SS20 Software:Adobe Photoshop CS5 Macintosh Created: 2019:10:02 11:40:49

Author: Steve Wood Copyright: Steve Wood Description: Gianni Versace S.r.l. (Italian pronunciation: [ˈdʒanni verˈsaːtʃe])[a] usually referred to simply as Versace, is an Italian luxury fashion company and trade name founded by Gianni Versace in 1978. The main collection of the brand is Versace, which produces upmarket luxury Italian-made ready-to-wear and leather accessories, while other diffusion lines are Versace Collection (mainly in the US), Versus Versace and Versace Jeans. The Versace logo is the head of Medusa, a Greek mythological figure. The logo came from the floor of ruins in the area of Reggio Calabria that the Versace siblings played in as children. Gianni Versace chose Medusa as the logo because she made people fall in love with her and they had no way back. He hoped his company would have the same effect on people and on people who wore his clothes and shoes. The Versace brand is known for its innovative designs having symbolic flashy prints and bright colors but with stylish.[6][7][8] The company announced in 2018 that it would stop using fur in its collections.[9] On 25 September 2018, Michael Kors acquire all outstanding shares in Gianni Versace S.r.l. for $2.12 billion (USD);[10] the acquisition was completed on December 31, 2018,[11] keeping on Donatella Versace as head of creative design. Milan Fashion Week SS20 Software:Adobe Photoshop CS5 Macintosh Created: 2019:09:22 14:07:29 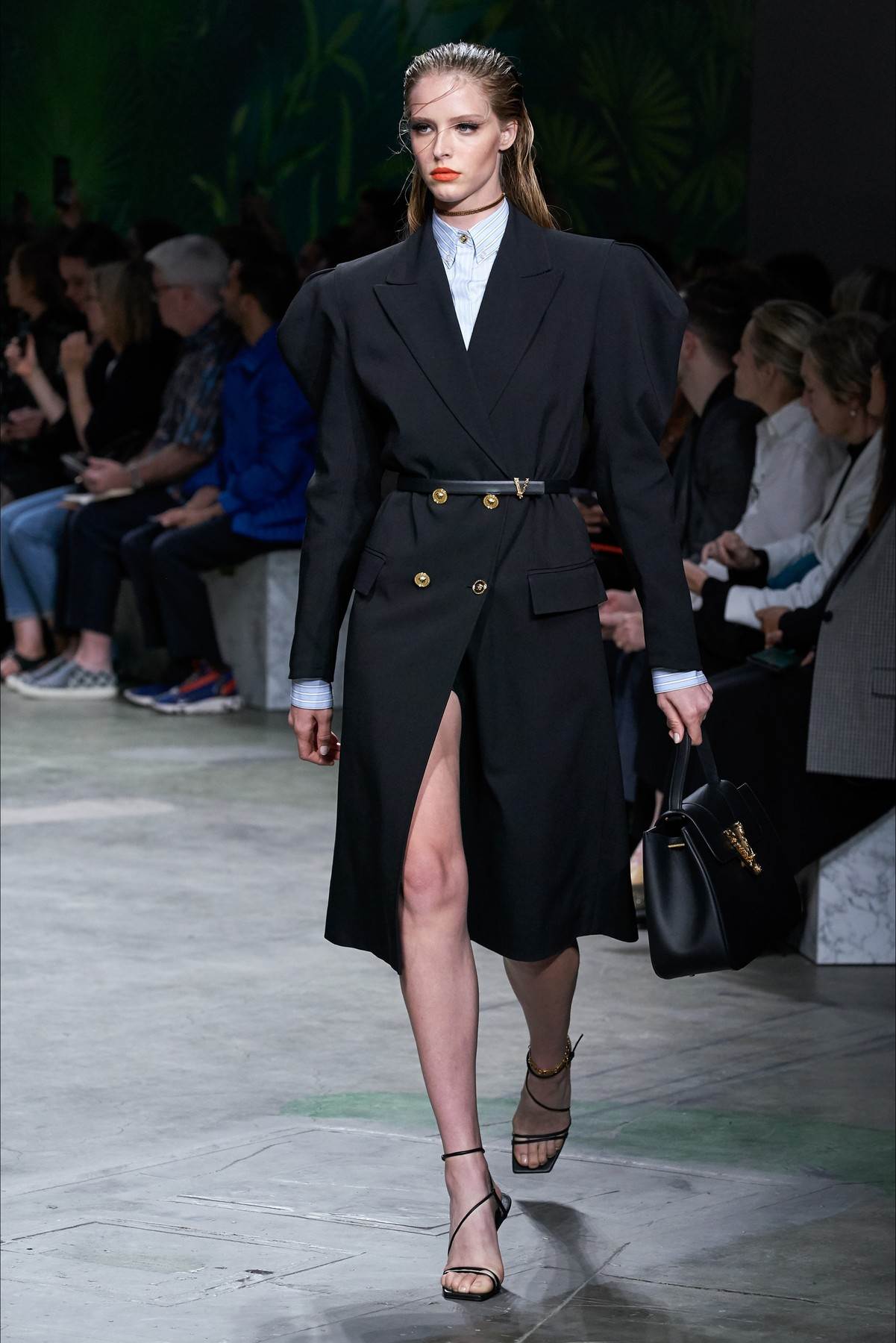 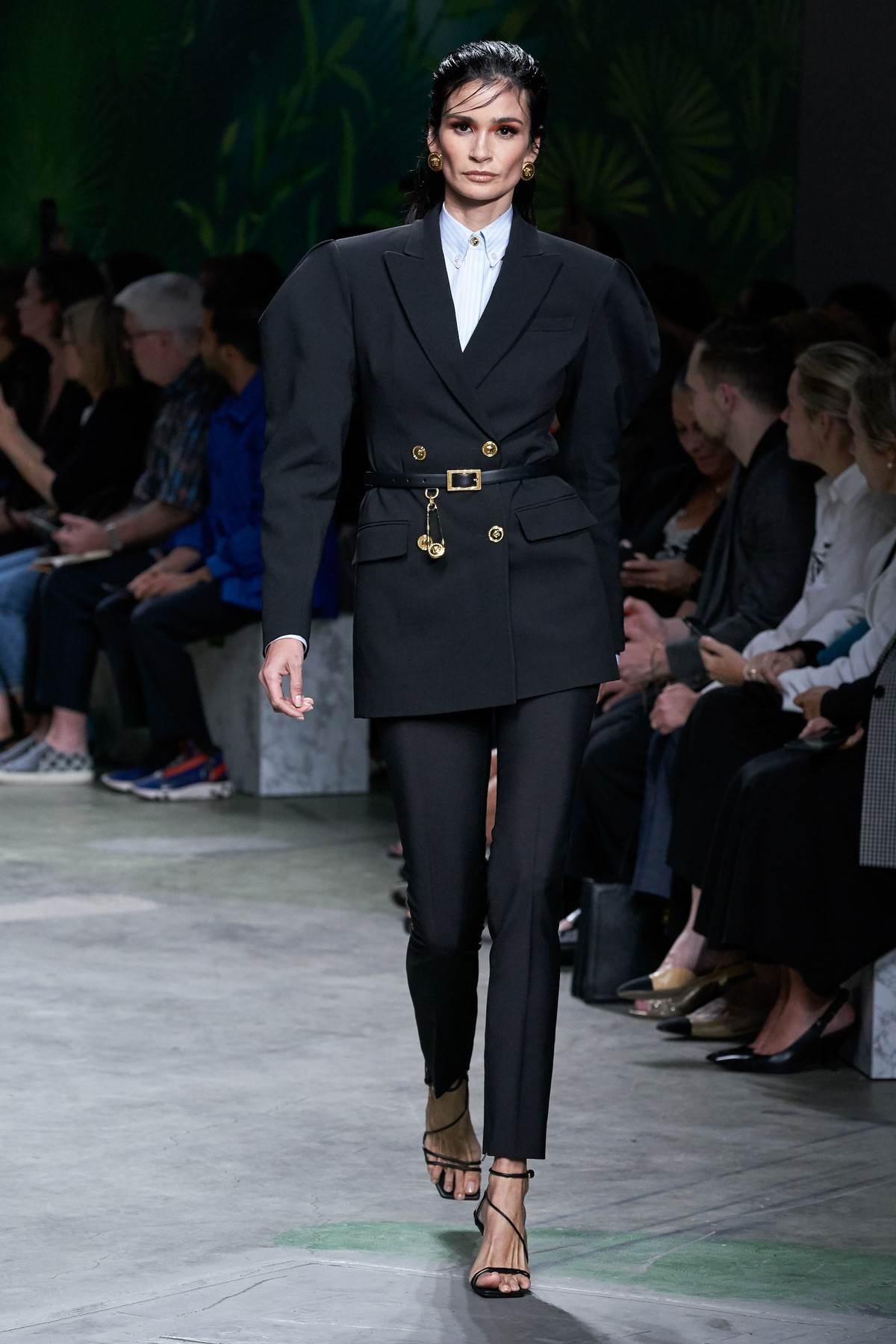 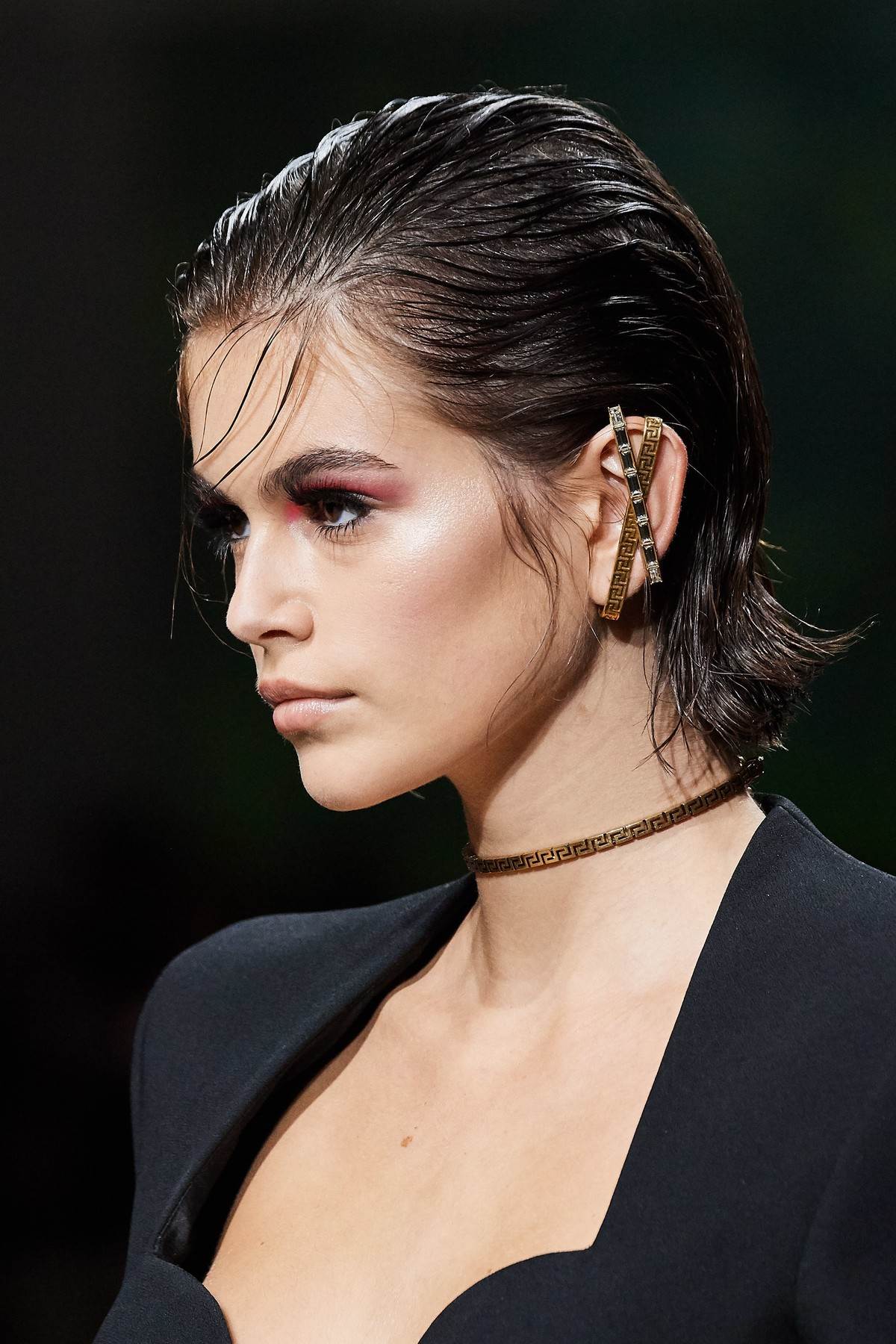 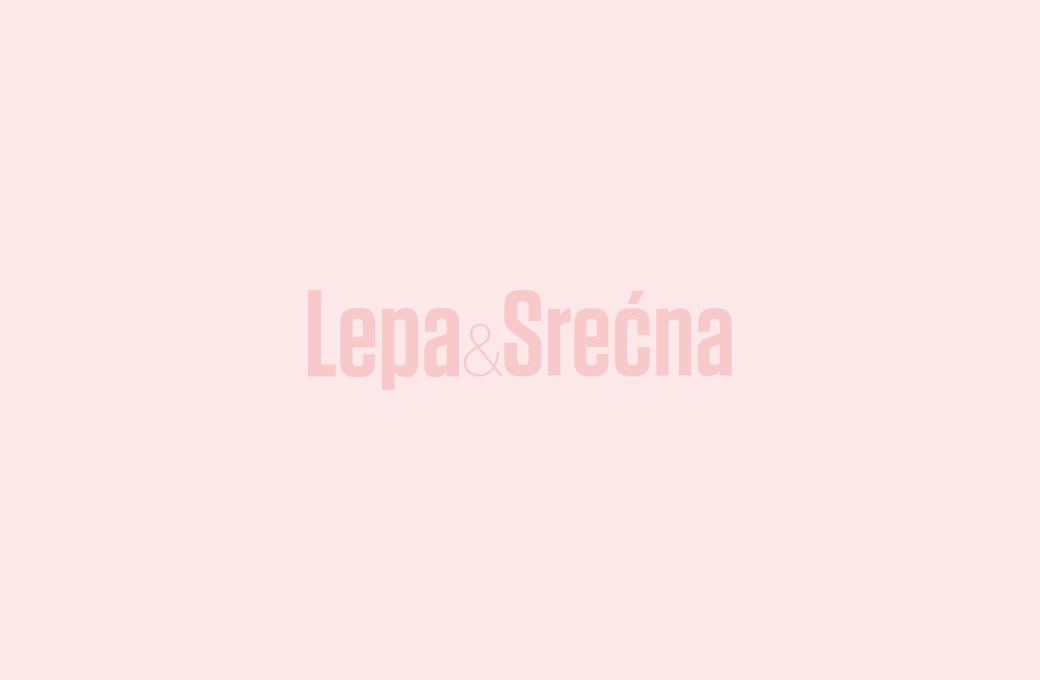 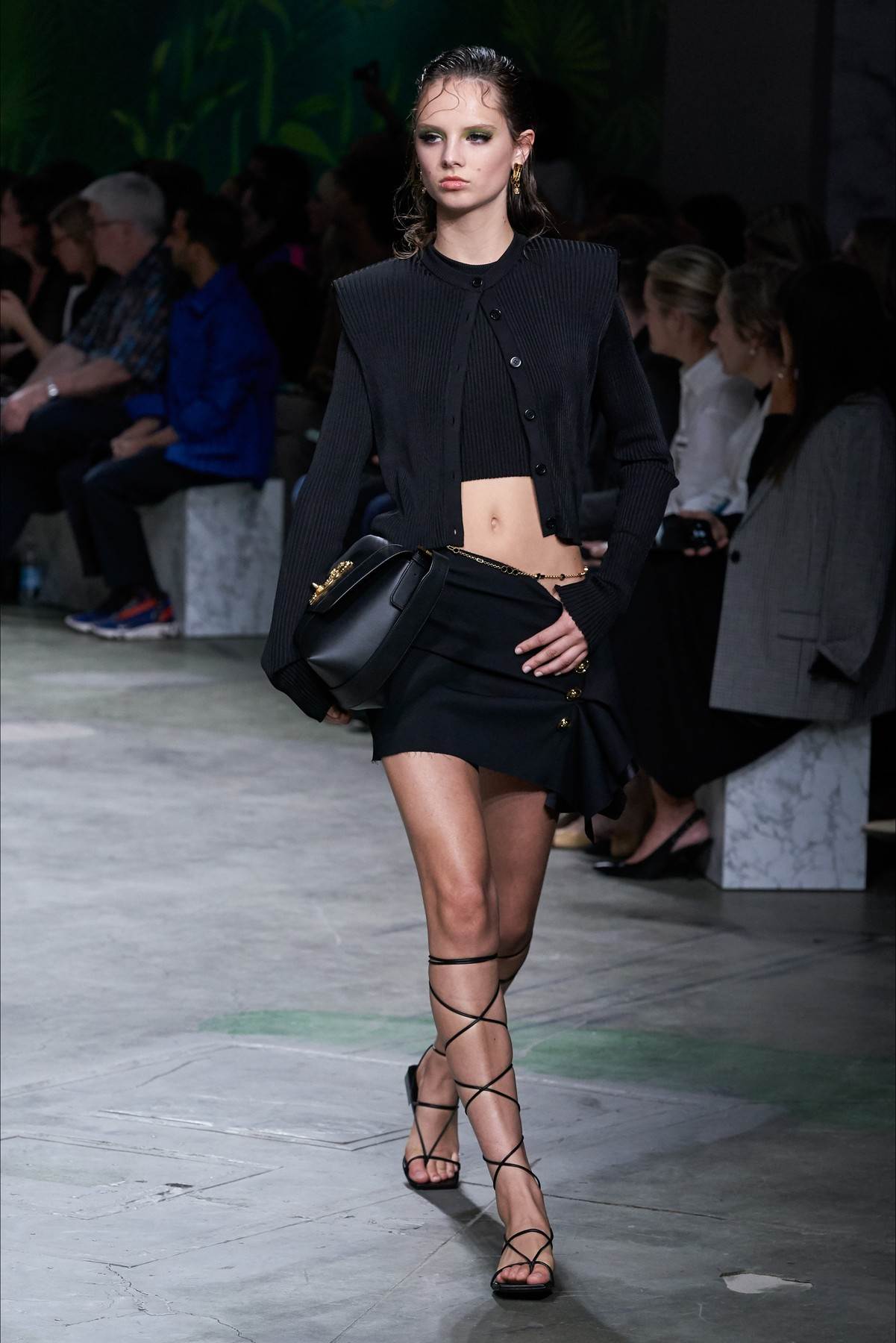 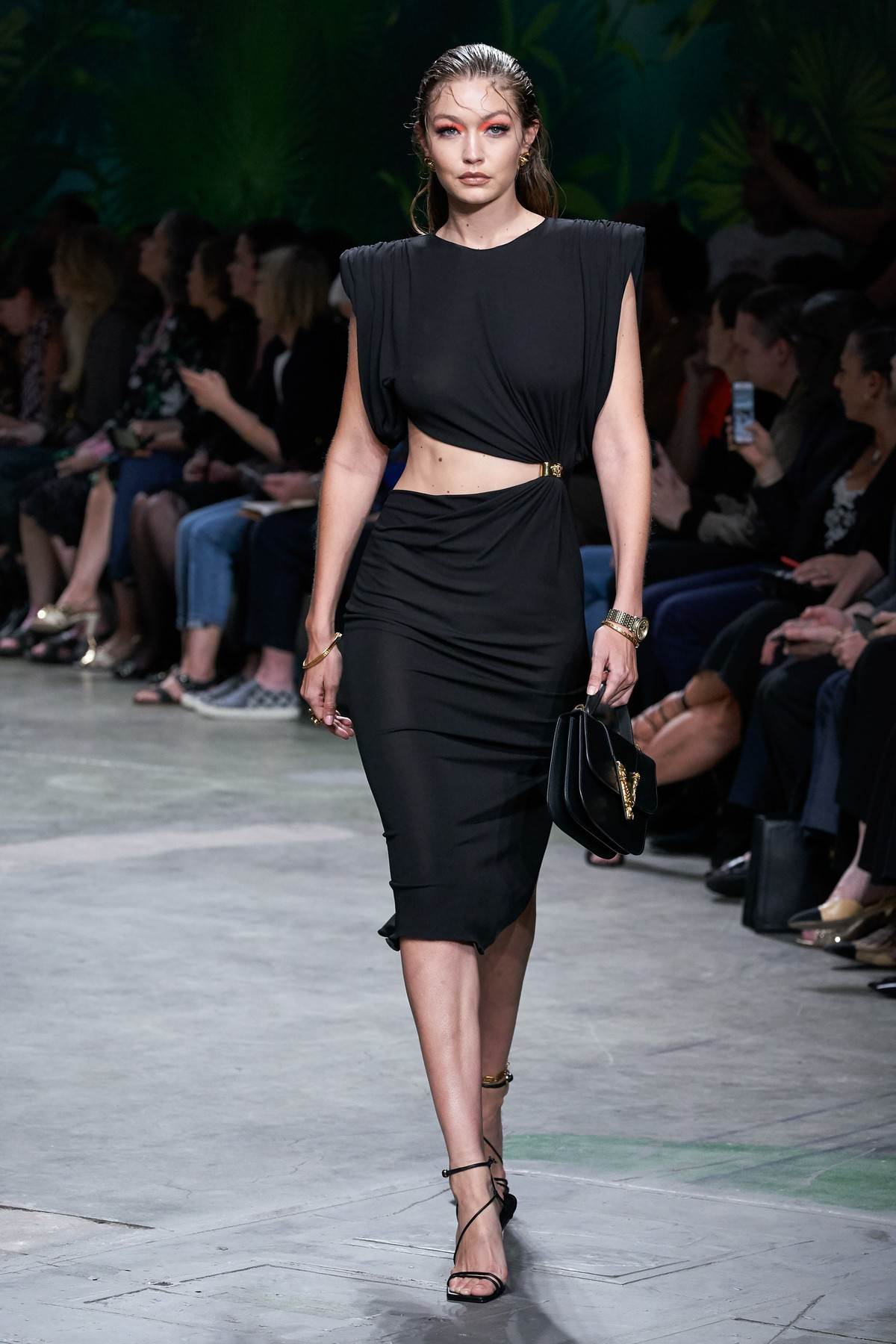 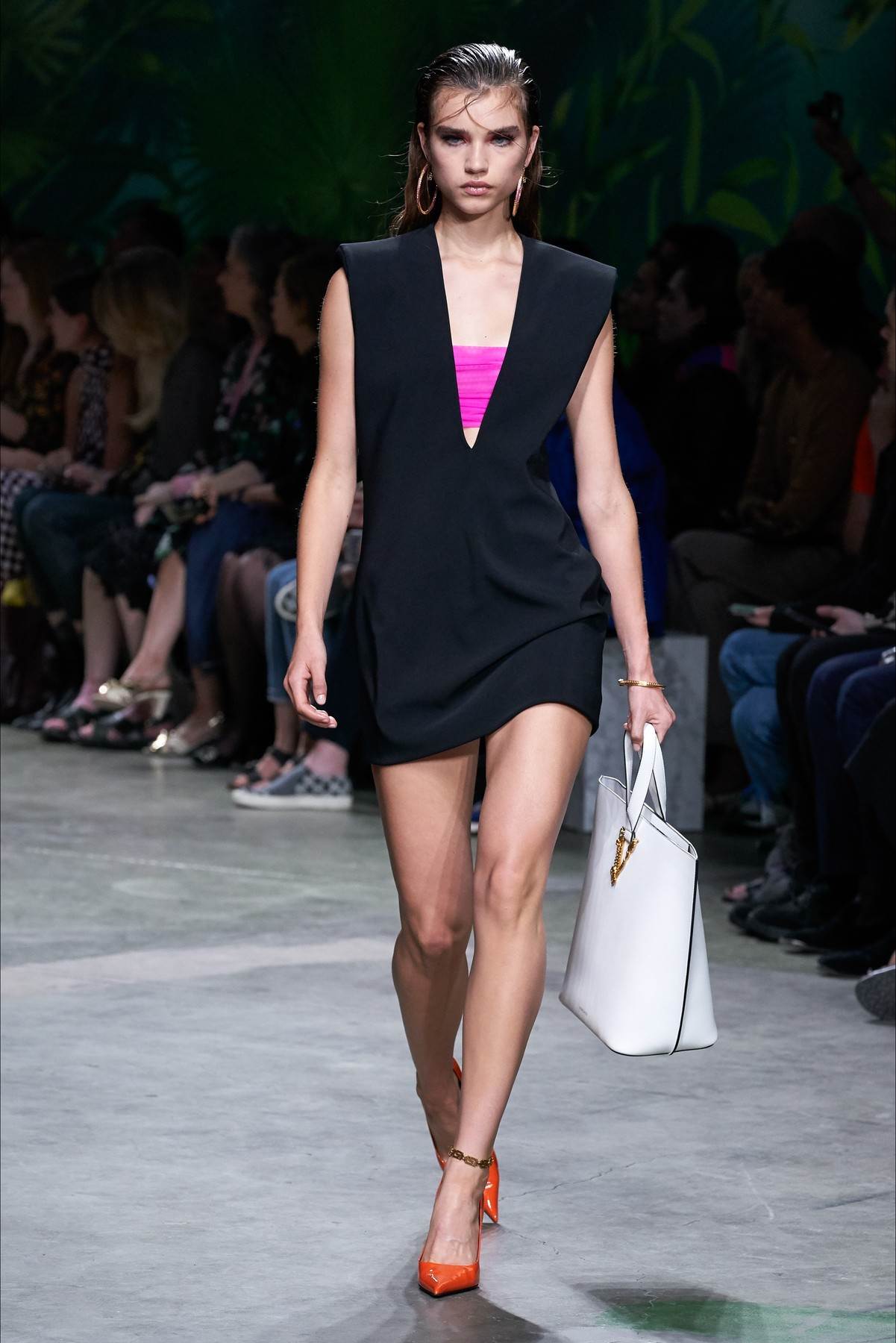 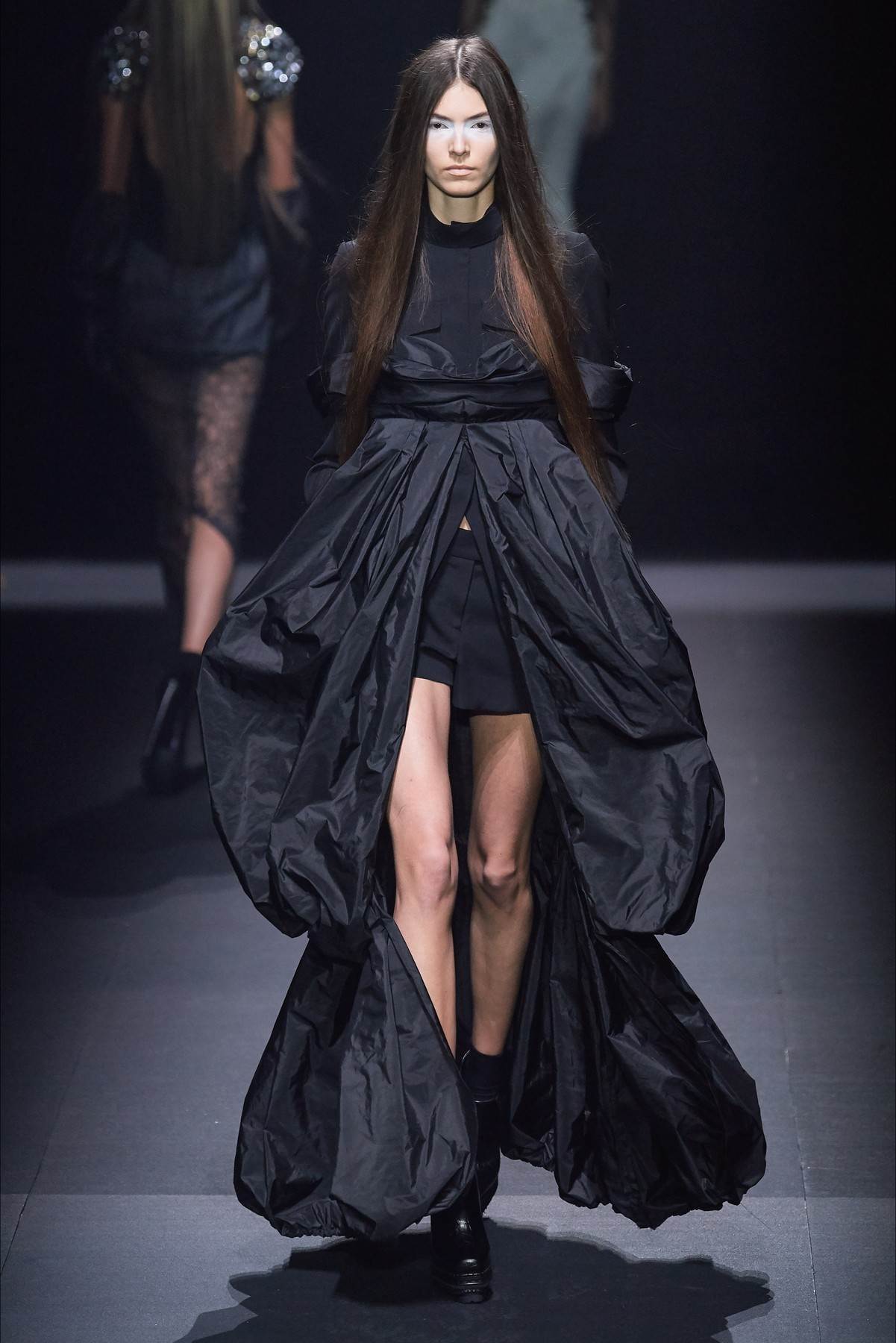 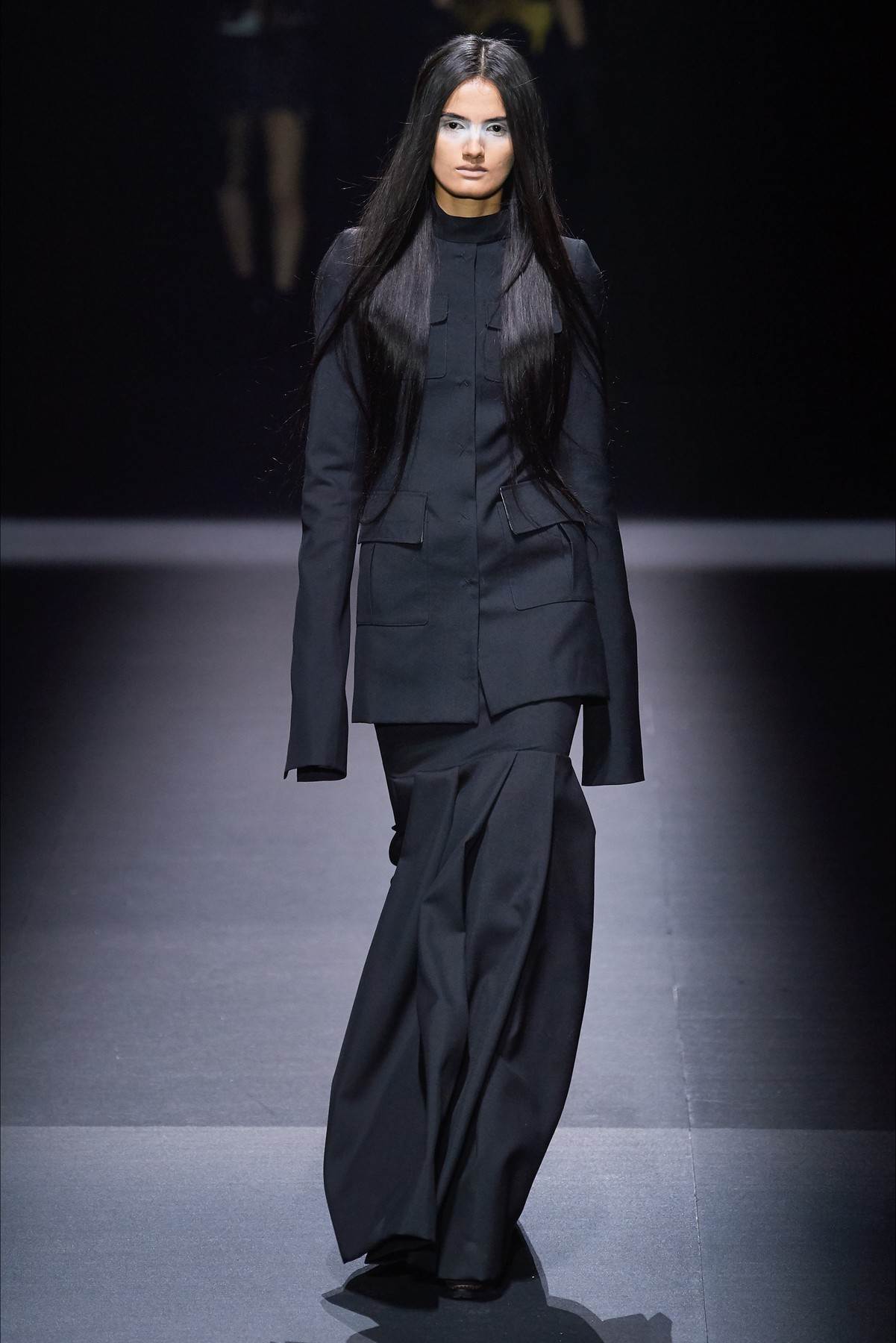 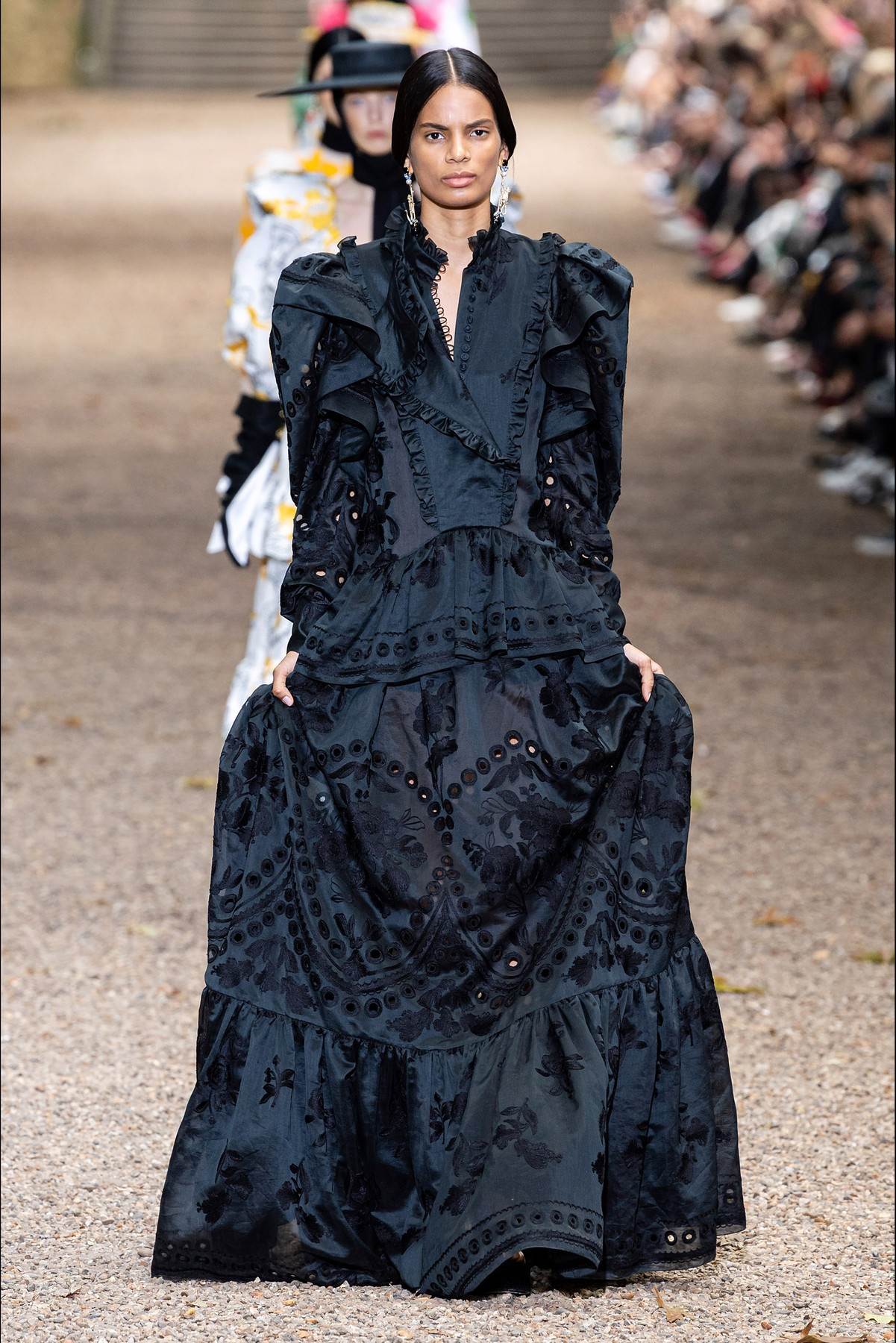 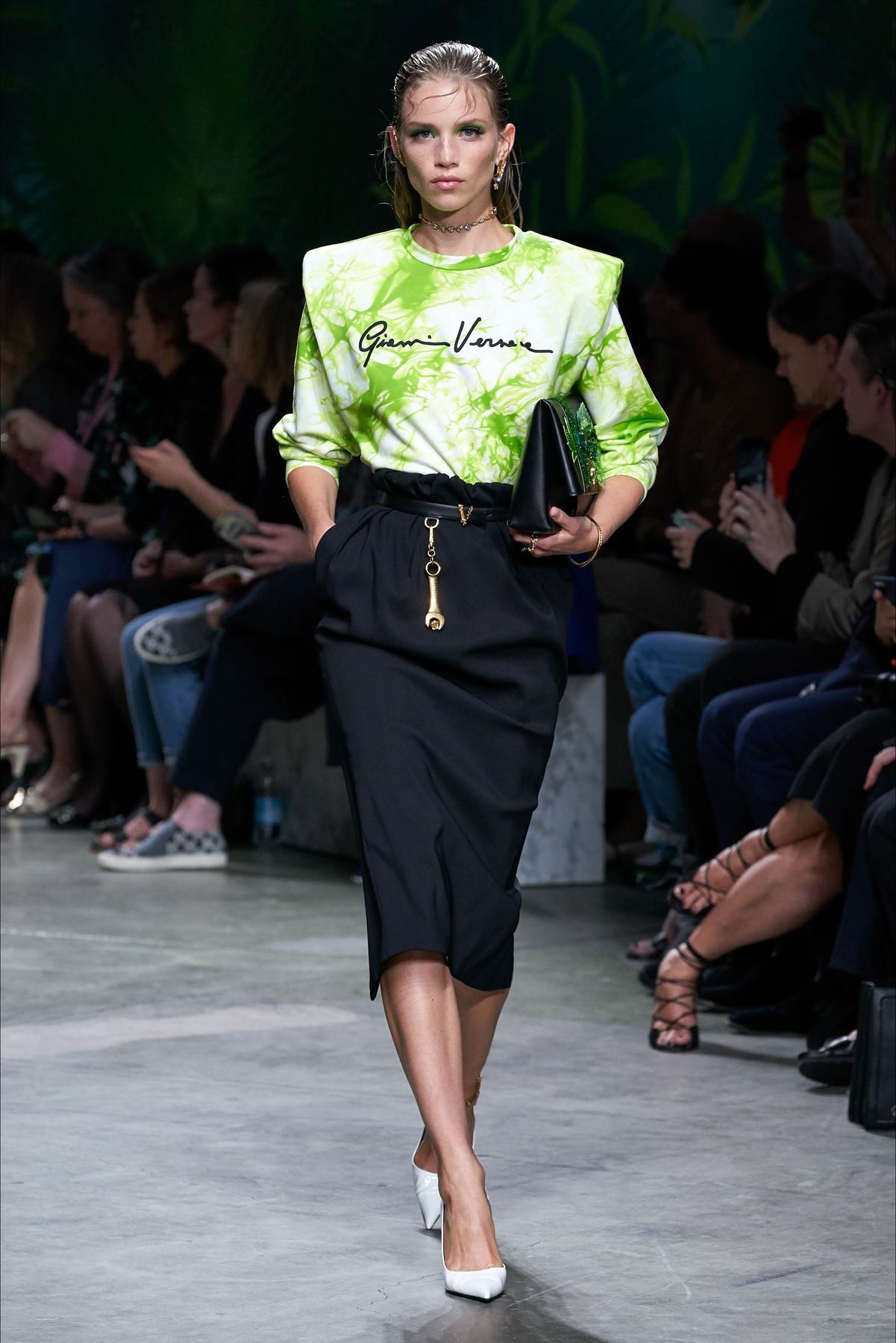 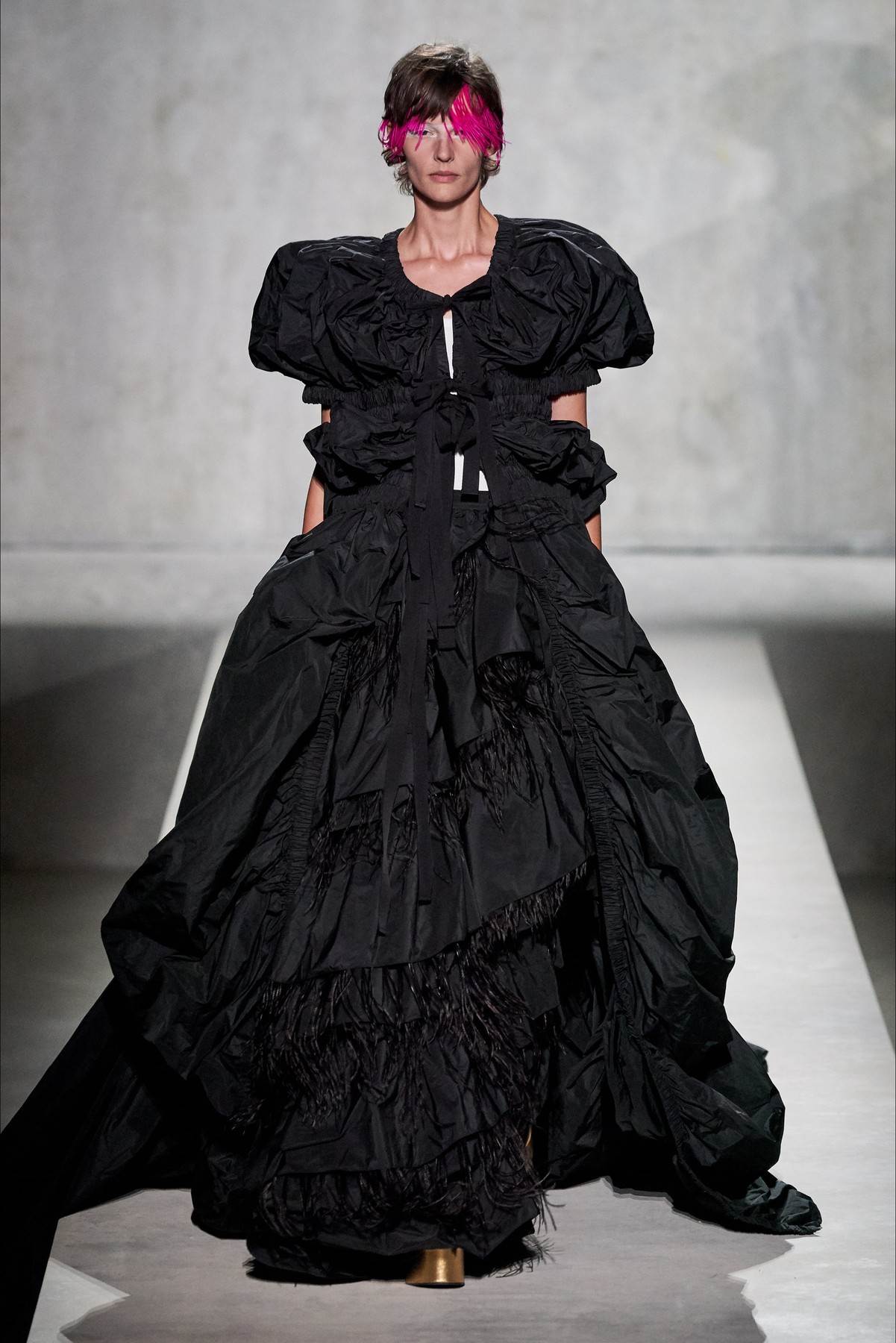 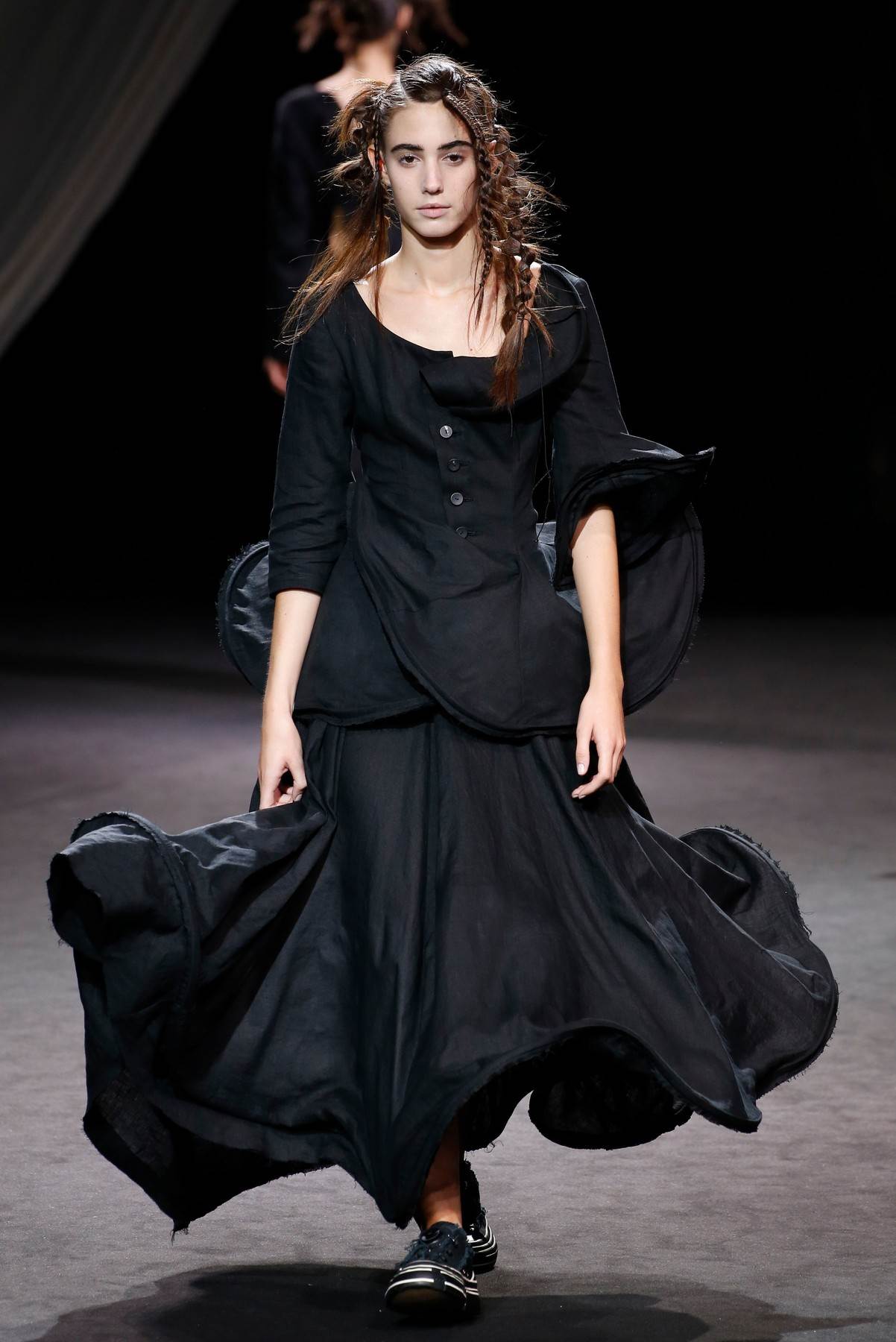 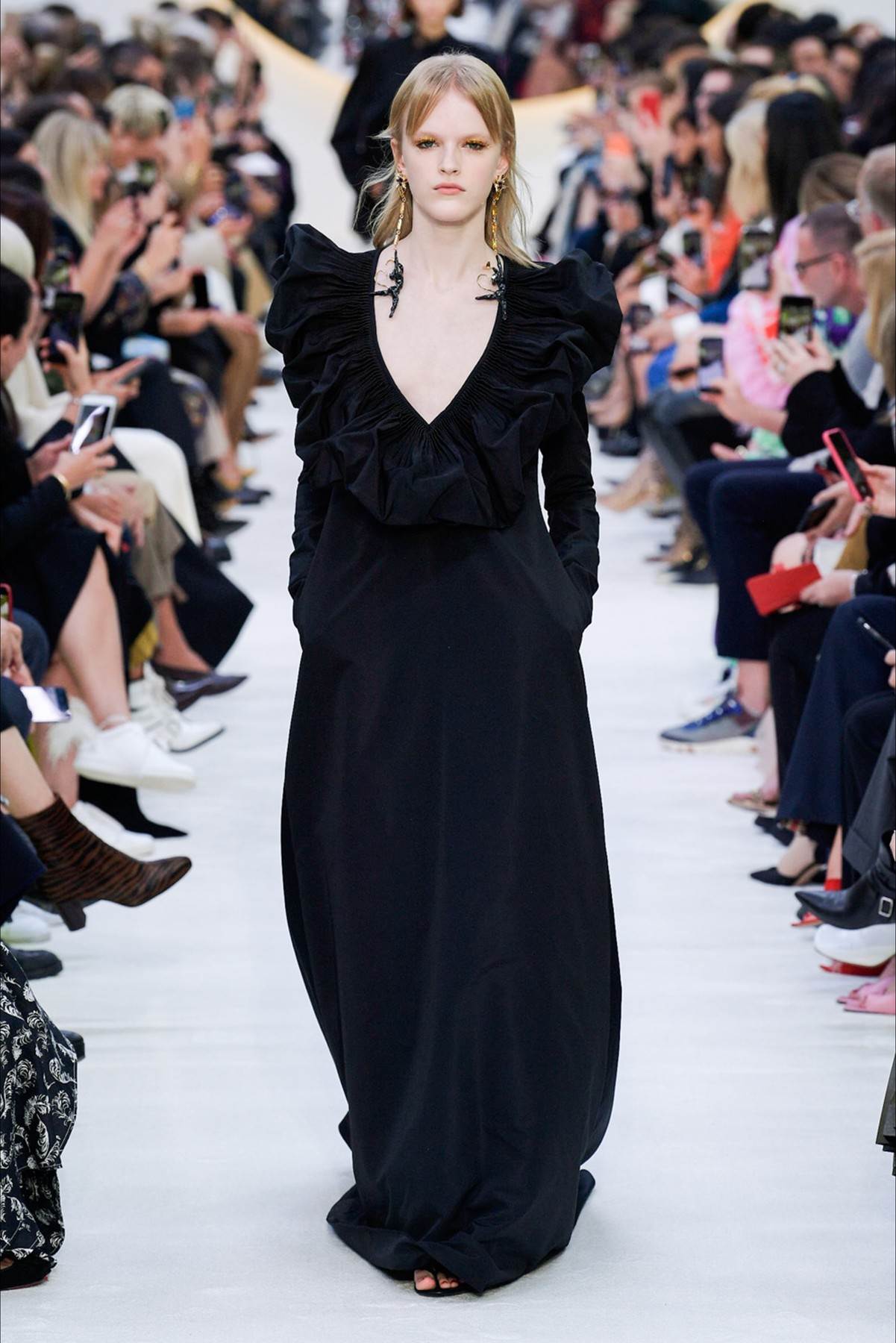 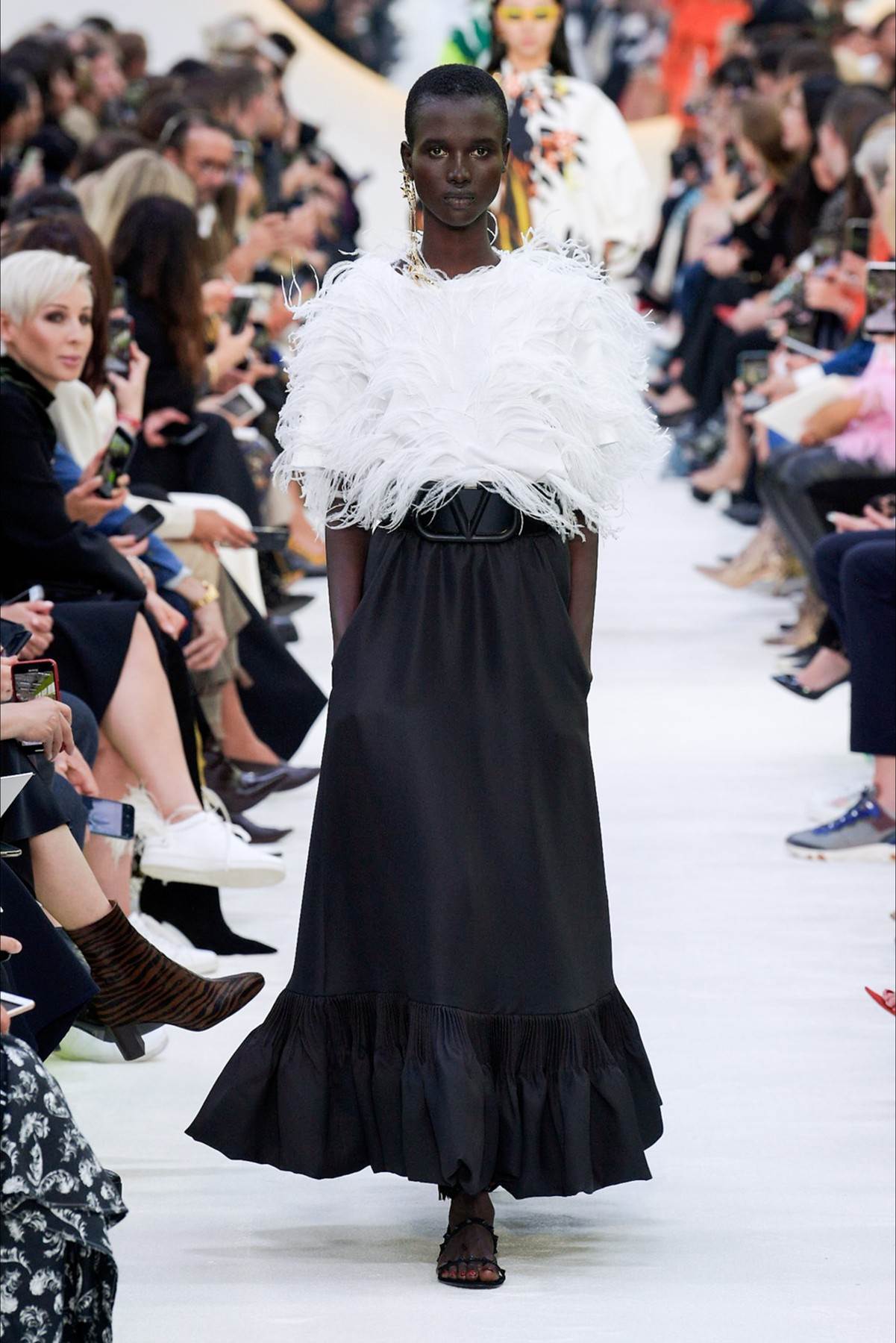 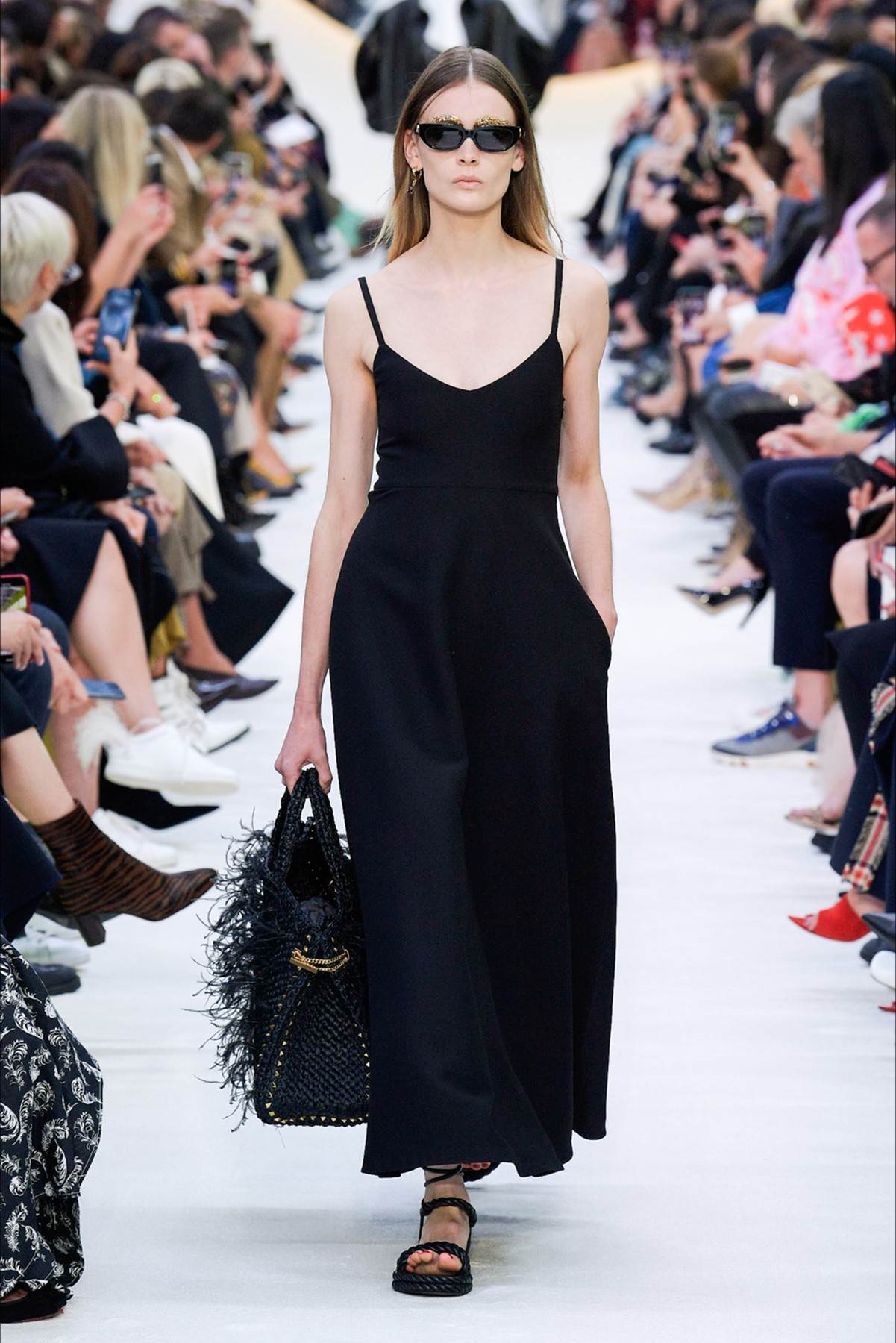 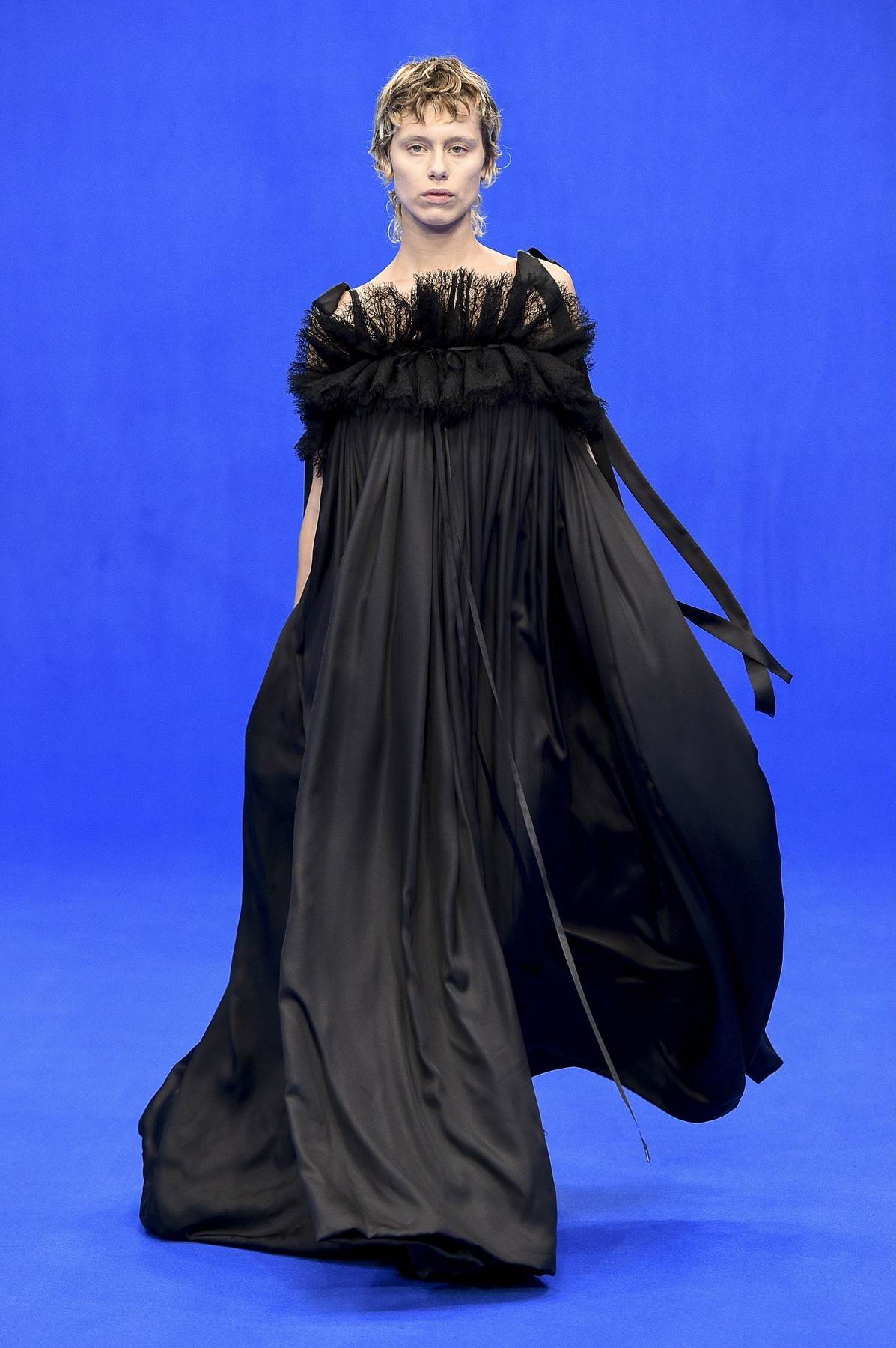 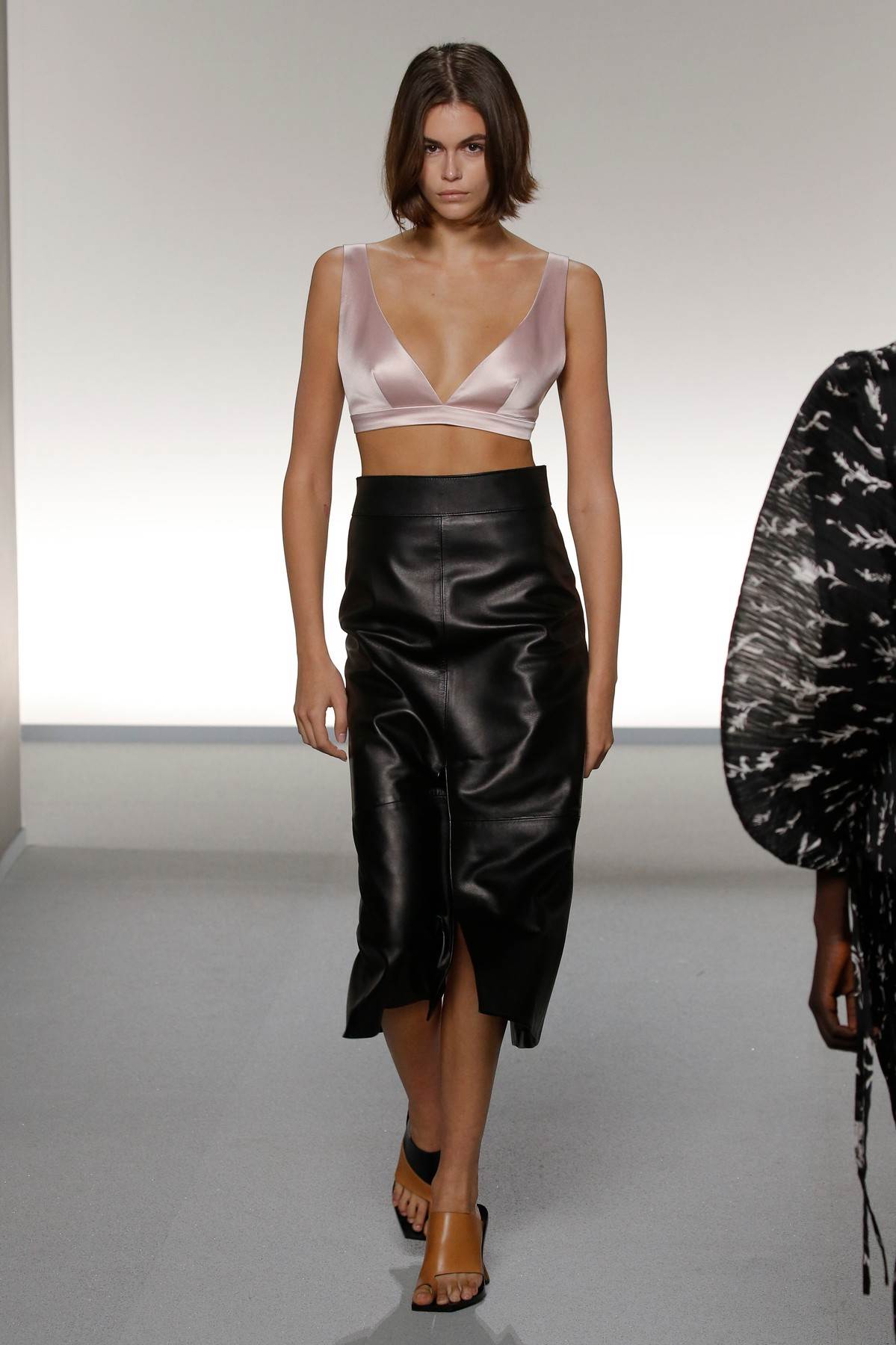 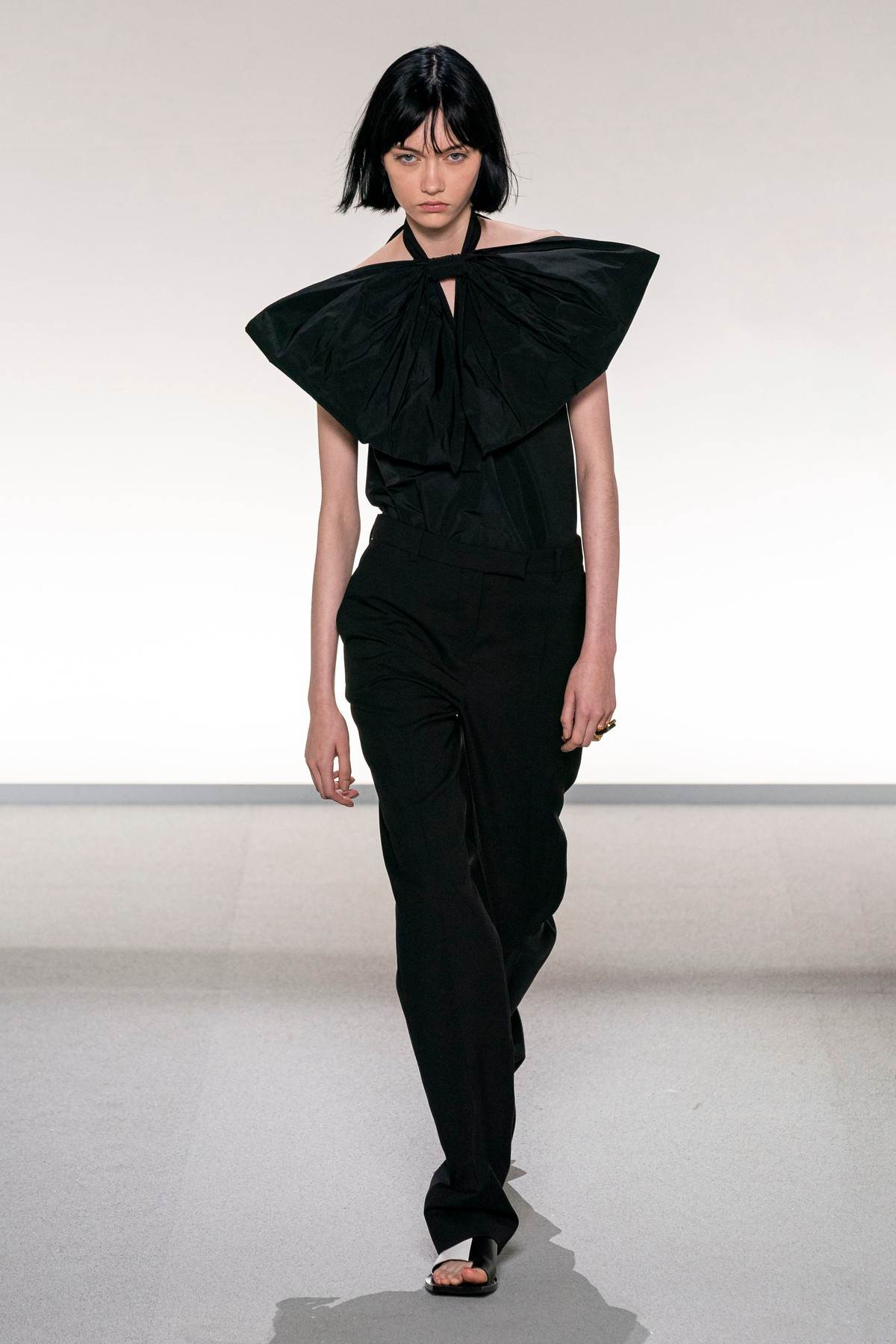 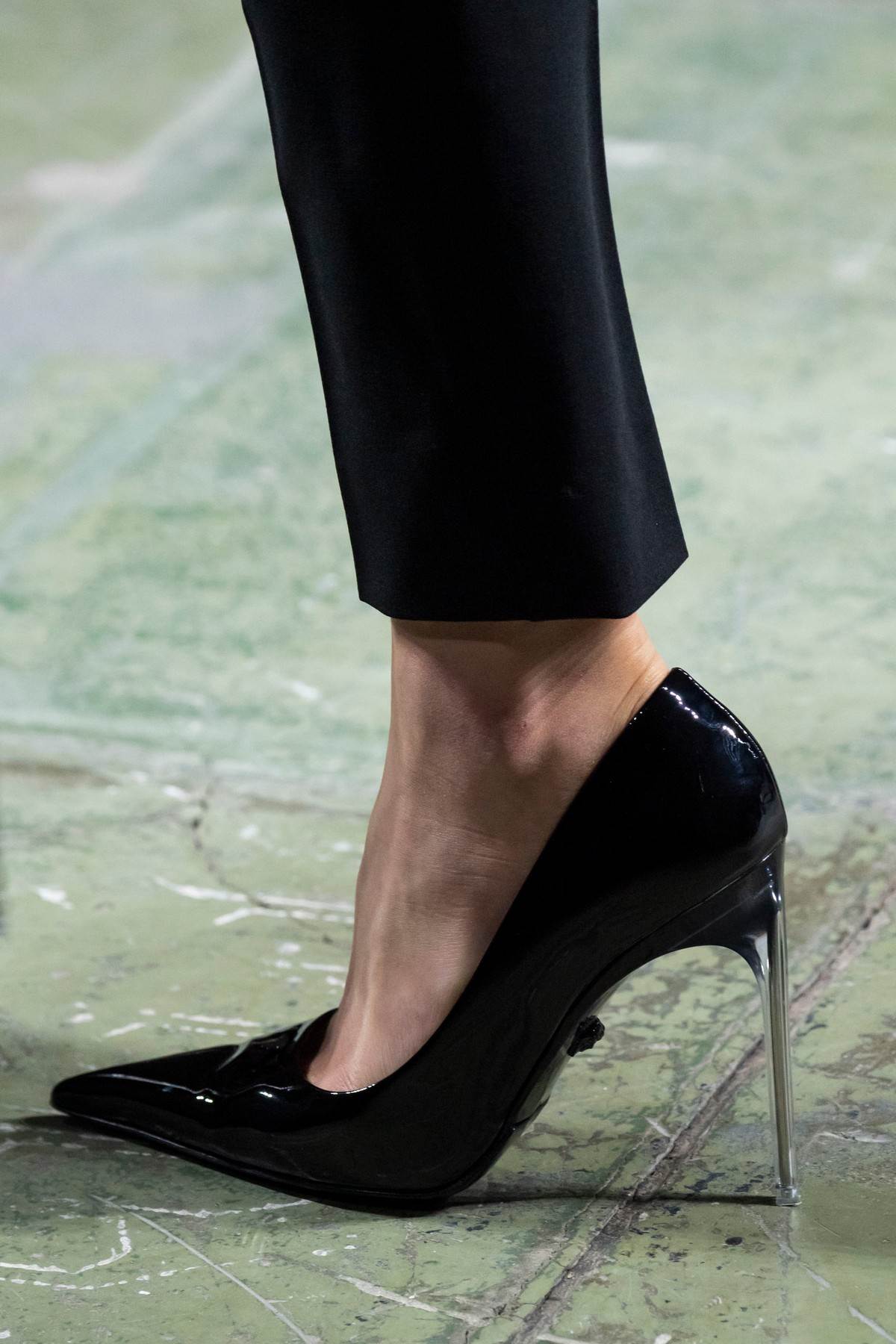 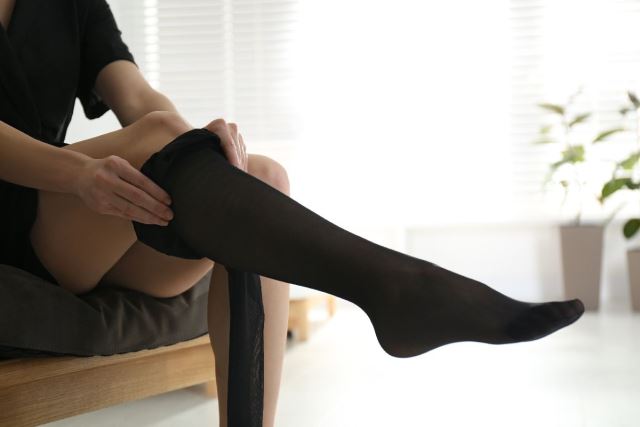 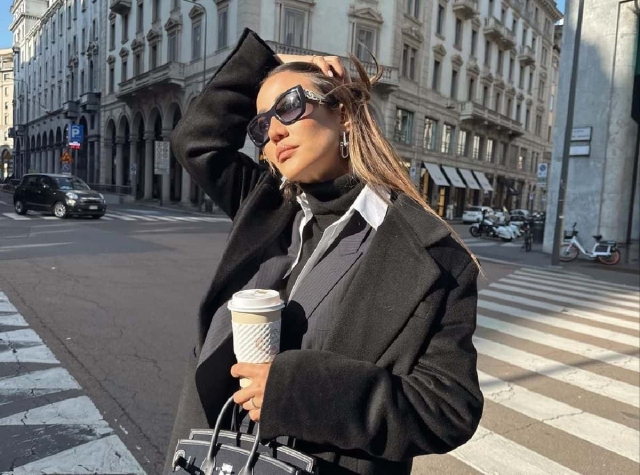 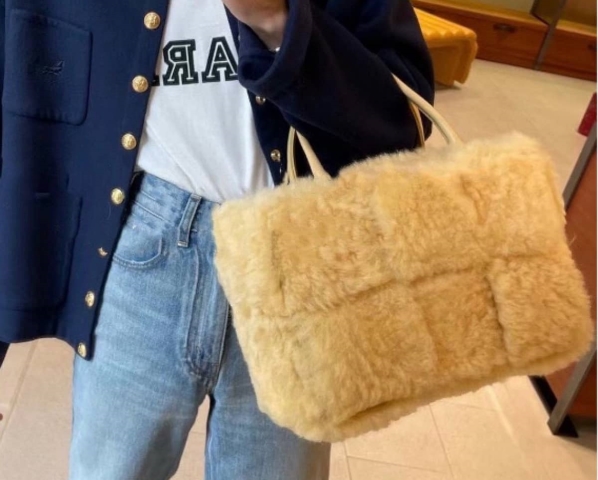 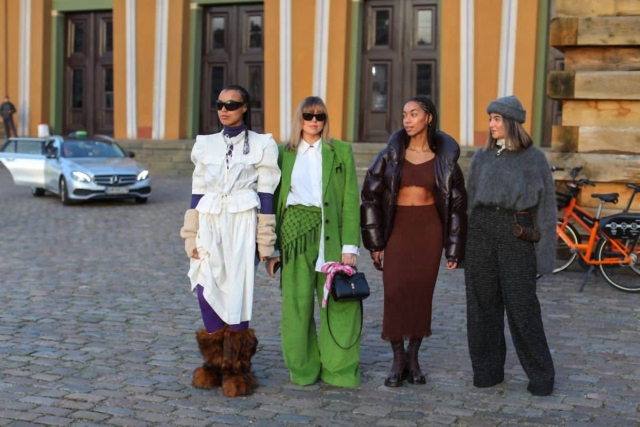 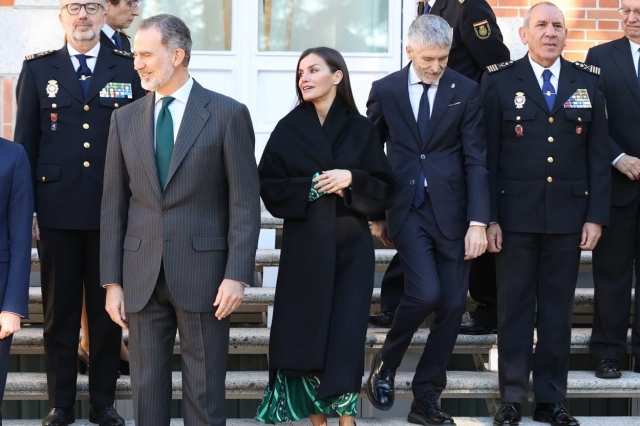